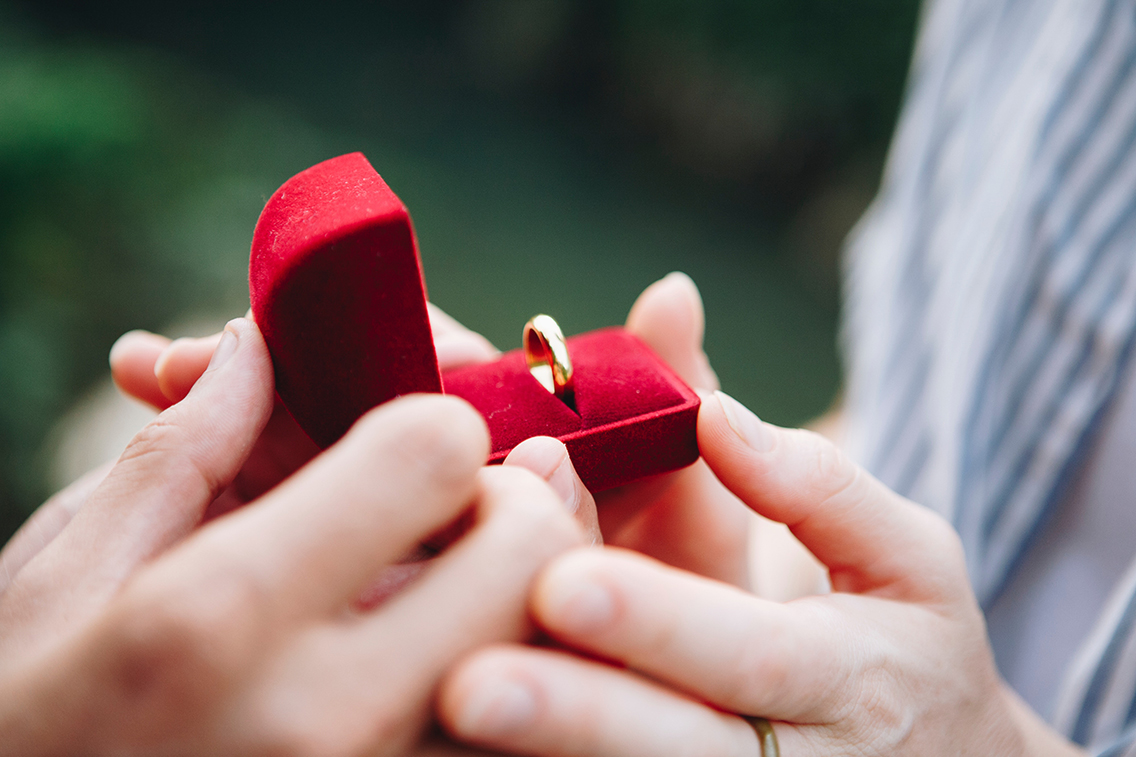 After Boaz had finished eating and drinking and was in good spirits, he lay down at the far end of the pile of grain and went to sleep. Then Ruth came quietly, uncovered his feet, and lay down. Around midnight Boaz suddenly woke up and turned over. He was surprised to find a woman lying at his feet!“Who are you?” he asked.

I am your servant Ruth,” she replied. “Spread the corner of your covering over me, for you are my family redeemer.”

To break God’s covenant conditions of marriage is to reject God’s plan, and how can we expect to experience the covenant blessings when we do that? God indeed hates it when a marriage comes to an end, but that is not the only thing being spoken of in Malachi 2:16. God also hates it when, although a marriage remains legally intact, the holy institution becomes a place of pillage under covering. Men, you are the head of your household; nothing can change that. And women, you are called to submit to your husband in this capacity. Scripture makes the marital relationship clear in Ephesians 5:21–25:

Submit to one another out of reverence for Christ.

For husbands, this means love your wives, just as Christ loved the church.

Dear friends, God hates it when the covenant conditions are not lived out in any home. He hates it when men do not love their wives as Christ loved the church and when women in turn refuse to acknowledge their husbands’ role and willingly submit to them.

Let me address the men for a minute. Men, how can you expect your wife to live up to her end of God’s covenant if you have not lived up to your end of the covenant conditions? Your role is to love your wife as Christ loved the church, who humbled Himself and became a servant, who denied His own rights and relinquished His power for the benefit of His bride. Jesus loves the church amidst all her failures and shortfalls. He loves His bride on her good days and bad days, in sickness and in health, for better or for worse. There is not a Christian woman in the world, I believe, who would not willingly submit to love like that.

Marital problems do not arise from two people trying to become one. In the eyes of God, that work is accomplished when they say “I do.” Marital problems arise when one tries to live like two, when husband and wife each insist on their own way rather than submitting to each other as unto the Lord. Men, are you loving your wife as you are called to do, or have you tried to write your own covenant conditions? Ladies, are you living under the arrangement God has set for the home, or have you set your own conditions? For both men and women, breaking the covenant conditions as established by God grieves His heart because it is a rejection of His divine plan.

It is true that God hates divorce because He knows what it does to the two who have become one. He loves them and has a better plan than what they have settled for. In Him, even bad marriages have the potential to become great ones. In Mark 10:1–12, Jesus made clear the sanctity of marriage and the Father’s desire for it to be permanent. But in a corresponding verse, Matthew 5:32, He did allow one concession for the dissolution of a marriage: “But I say to you that whoever divorces his wife for any reason except sexual immorality causes her to commit adultery; and whoever marries a woman who is divorced commits adultery” (NKJV, emphasis added).

The phrase “sexual immorality” is the Greek word porneo, from which we get the English word pornography. Reality TV has presented a rather sad view of relationships today, especially in the area of sexual faithfulness. But contrary to what we see on TV or look at on the Internet, God requires sexual faithfulness in marriage and sexual purity in those who are single. He even requires it in thought and sight, for the eyes and mind are the things that fuel the fire of unfaithfulness. And when that faithfulness is betrayed, God does allow divorce.

Keep in mind, however, that the couple does not have to get divorced. The devastation resulting from sexual immorality can be overcome, and a couple can live happily even after encountering such a huge trauma. I have seen this happen time and time again. But sometimes in this fallen world, the betrayal is so great and so damaging that some hearts are irreparably broken, and trust is lost for good. The truth is, a relationship with no trust is no relationship at all, so when trust is irreparably broken through infidelity, God provides a way out.