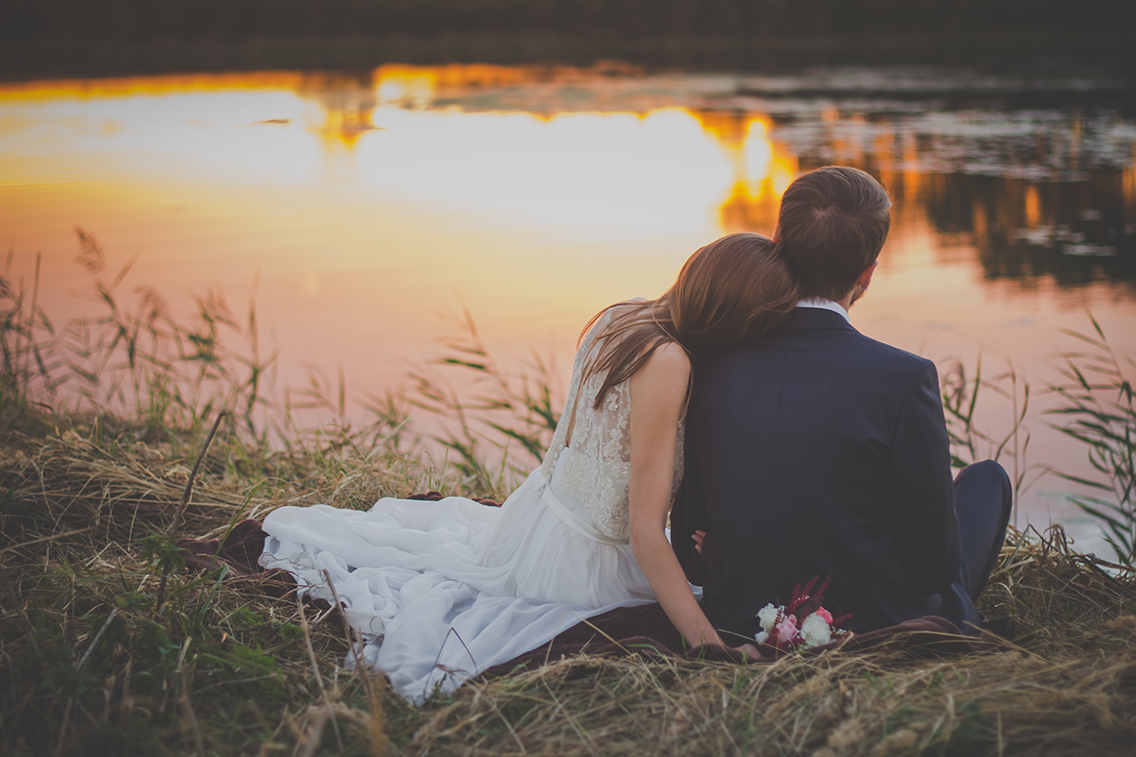 Then the LORD God said, “It is not good for the man to be alone. I will make a helper who is just right for him.”
—GENESIS 2:18

A young couple decided to write their wedding vows. On the day of the big event, they stood face-to-face in front of me and declared before all, their deep affection for each other. Then, at the conclusion of all the flowery affirmations, the soon-to-be husband and wife pledged their mutual commitment with the words, “as long as our love lasts.” Talk about setting yourself up for failure!

Yes, love is indeed a splendid thing, as the young couple professed, but it is also a lifelong commitment that requires much hard work in the inevitable struggles and challenges of life that will arise. If your commitment to your marriage extends only “as long as our love lasts,” and love to you is simply how you feel, rest assured, the time will come when love seems absent and the temptation to flee is overwhelming. That’s the time when only a commitment made on something greater than the feeling of love will be sufficient to sustain the relationship.

But that is exactly one of the reasons so many marriages are failing today. We lack an understanding of what marriage truly is and mistakenly assume the feeling of love is the barometer we use to measure the health of our marriage. If the feelings of passion and excitement cool (though they don’t have to), we conclude that the marriage is dead and we are free to leave. That might be true if marriage were nothing more than a contractual obligation based on the mutual benefit that could be dissolved when both parties agreed the arrangement was no longer beneficial. And sadly, that is just the view many people today—even some within the church—hold of what was once known as the “sacred institution of marriage.”

But marriage is not a contractual agreement, my friend. It is a covenant made between one man and one woman before God, and that puts it on an entirely different level. To boil it down to a legal contract cheapens it and almost certainly sets the scene for failure.

To raise it to the level of a covenant, however, affirms it sacredness and greatly increases the chance of its success. That’s what this first chapter of Happily . . . Even After is about—the covenant of marriage and what that means to you and me right where we live today.

Now, I realize not all of you reading this book are married, and that’s okay. The apostle Paul addressed both single people and married couples in 1 Corinthians 7:8–9, explaining that both states are callings from God and that we are to accept the one we have received. God has not called the single to their single lives against their wills, and neither has He called the married against their wills. He gives grace to both in their respective callings. The key lies in knowing your calling and accepting it.

Others of you reading this book are single, but not by choice. You long for that special someone to go through life with. Or maybe you have already experienced that, until the cruelty of divorce ripped it from your hands and your dreams lay shattered at your feet. And some of you were privileged enough to share a rich and meaningful marriage with a spouse who has since gone home to be with the Lord, and you would like to experience that again.

Whether you have never been married, are currently married, or were once married but now find yourself single, there is something for you in Happily . . . Even After. You can learn how to do marriage right, how to do it God’s way. It all begins with understanding God’s intention for marriage and grasping the fundamental principle that marriage is a covenant, not a contract.

This is an excerpt from my book “Happily…Even After”. If you’re interested in reading more, you can find it on Amazon in Paperback or Kindle.