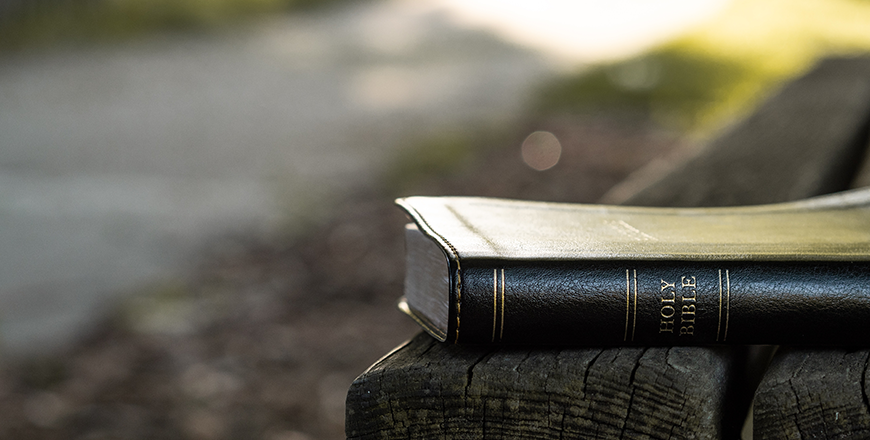 My soul faints with longing for your salvation, but I have put my hope in your word.

Jesus, who is the Word made flesh, says that God’s Word is what separates His people from the world. No wonder Satan has been trying to get the church to set the Word aside and teach ear-tickling fables instead of life-changing truth. The word sanctify means to make holy, to separate from profane things, or to consecrate to God. As we consider great men of the Lord throughout the ages who stood behind pulpits around the world, sanctified by the Word, yet having different personalities and dispositions, but who were all separated from the world in this: they knew and lived by the Word of God. We read of Polycarp, Luther, Wycliffe, Edwards, Wesley, Spurgeon, Moody, Mueller, et al., who all shared a love for God’s Word that set them apart for a holy work.

In recent times, some who have recently gone to be with the Lord, and who had the same mind as the above, were ones such as Chuck Smith, William MacDonald, Dr. Henry Morris, and many others, who wouldn’t compromise in their stand for the Lord. Their entire lives were dedicated to carrying on the tradition of proving that God’s Word truly is the Word for today! And there are still faithful servants of the Lord working quietly and diligently to get the Gospel message into the hands and minds and hearts of all who have an ear to hear, as they strive to save souls and teach people how to be set apart from the world.

Listen to what Moses instructed the people to do: “Now, O Israel, listen to the statutes and the judgments which I teach you to observe, that you may live. . . . You shall not add to the word which I command you, nor take from it, that you may keep the commandments of the Lord your God which I command you . . . ” (Deut 4:1-4). There were blessings for the people of Israel that were associated with keeping God’s Word, and there were consequences for ignoring it, adding to it, or taking away from it. The same goes for us today. The Word for today is the same Word of God that has changed lives for centuries and is still in the business of curing society’s ailments. But many choose to ignore it. Others add their own ideas to it, and still, others water it down, removing the warnings and judgments. The Bible tells us they’ll reap what they’ve sown.

The pastor’s job is to equip the church for the work of ministry. It’s not to tickle the ears of the saints by removing sound doctrine and adding fables in place of the truth of Scripture. Let’s strive to look to the Word, learn from the Word, and live by the Word.