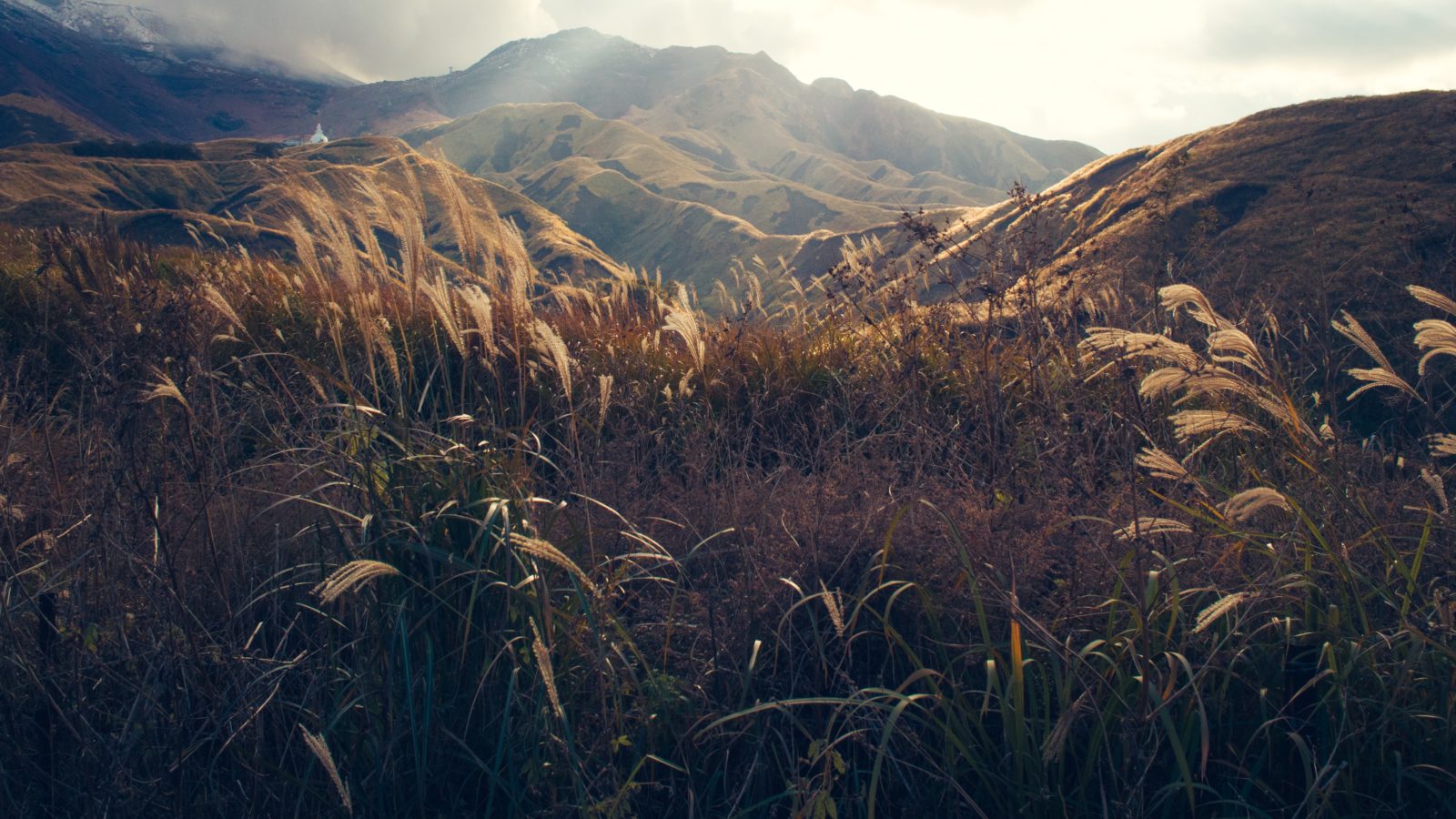 In John 6 Jesus firmly establishes His teaching on the Eucharist; but in order to understand this teaching, we first have to look at the passages that precede the discourse:

The content of the bread of life discourse takes us back to the root of communion and gives us some very important things to “remember” as we share in this sacred ordinance. We know from Leviticus 17:11 that without the shedding of blood there is no remission of sins and we also know that if there is no body, there can be no blood.

Therefore, the very things Christ asked us to remember at the last supper are represented by the symbols we call “the elements”: the body and the blood.

Therefore they said to Him, “What sign will You perform then, that we may see it and believe You? What work will You do? 31 Our fathers ate the manna in the desert; as it is written, ‘He gave them bread from heaven to eat.’

Then they said to Him, “Lord, give us this bread always.”

And Jesus said to them, “I am the bread of life. He who comes to Me shall never hunger, and he who believes in Me shall never thirst. 36 But I said to you that you have seen Me and yet do not believe. – John 6:30-36

The audience in the synagogue would not be the mixed audience of jew and gentile.

Jesus was taking the seat of the rabbi here and correcting errors in the people’s thinking and commonly held teachings, which is exactly what the word of God does: it is profitable for correction and reproof.

The Jews were looking for a man who was like Moses, who performed mighty deeds, provided nourishment, and set captives free.

In the rabbinic mindset, the sick and the poor were sick and poor because of sin, not because of living in a fallen world; but, they believed that the chosen of God should have health and wealth and if not, there would be sin in their life.

Were they right in this? No, so Jesus corrected their thinking.

He then qualifies the statement with the first of the seven “I am” statements in the Gospel of John; I am the bread of life.

Bread in this metaphor, therefore, is a metonym for food or sustenance.

The bread of God is He who comes down from heaven and gives His life for the world. This brings us to the first thing we are to remember through the bread;

Jesus deity is not negated by his humanity.

Jesus was not just a man who exalted himself to the position of God like the Jewish leaders accused him of. He was and is the preexistent and eternal God who put on human flesh and became the God-man.

If you struggle with this concept, think about it, he had to be man in order to die, and he had to be God to conquer death. No mere human could meet those two conditions, except the God-man, Jesus.

Why do you spend money for what is not bread, And your wages for what does not satisfy? Listen carefully to Me, and eat what is good, And let your soul delight itself in abundance. – Isaiah 55:2

The eating of the bread metaphor is now interpreted for us as believing. Eating the living bread, which came down from heaven is how those who believe are made to live forever. This is true for anyone, not just the listening jews.

How could Jesus be deity clothed in humanity, how could the bible actually be true and what sign will you give to prove that God exists? The answer to that leads to our second truth about the bread;

We know the heavens declare God’s handiwork and glory, we know we are fearfully and wonderfully made and the composition of the universe and its arrangement can only be explained through the existence of a Divine Creator.

I am thankful for the efforts of so many to prove the Bible’s narrative is consistent with the observable evidence, but the one proof above all others concerning the existence of God is Jesus.

Jesus did not come from earth to tell us about heaven, he came from heaven to earth to prove there is a God and that He loves us.

He came in human flesh to become what we could never be: perfect. Therefore, he was able to give his life for others.

Is Jesus who you live for, is He your sustenance, is He the staple of your life?  Is he the one in whom you live and breath and have your being? Do you recognize and live in a manner that reveals you believe Jesus came from heaven and has now returned there, and he is deity clothed in humanity, for the purpose of dying for your sins?

We know we can go a lot longer without food than without drink. The incorporation then of drink into the metaphor is natural while its true meaning is supernatural. Unless (meaning without) eating the flesh and drinking the blood of the Son of Man, spiritual regeneration is impossible.

The jews must have seen these statements as radical as they understood the restrictions of a kosher diet and the uncleanness associated with touching a dead body to say nothing of the cannibalism they think was being implied.

And whatever man of the house of Israel, or of the strangers who dwell among you, who eats any blood, I will set My face against that person who eats blood, and will cut him off from among his people. For the life of the flesh is in the blood, and I have given it to you upon the altar to make atonement for your souls; for it is the blood that makes atonement for the soul. – Leviticus 17:10-11

The bread the Jews wanted was the bread that satisfies the flesh, the human appetite, but no amount of manna could stave off the great enemy of the second death.

The shed blood of Christ made our salvation possible.

No one is born headed for heaven, not even the jews. No one could be born again and be headed for heaven, if not for the blood of Jesus Christ. We need to recognize that Christianity is not simply a religious plan, it is the divine solution to man’s sin problem.

Yes, the bread of life reminds us that God humbled himself and became a man, and yes Jesus was deity clothed in humanity, and yes his physical presence on earth and the miracles consistent with the God of heaven is the sign everyone demands to prove the existence of God.

When we take the bread we remember these things even as we remember his body was broken for us, but we also remember that without the shed blood from that body prepared for Jesus, sin cannot be remitted, making reconciliation with God and justification by God impossible.

We cannot be reconciled and justified with an unpaid sin debt, so Jesus blood paid that debt.

Some people today come to Jesus because heaven is very appealing, but when they hear something they don’t like from the Bible, they stop following him or they create another Jesus who complies with their wishes – expectations of the Messiah are strictly related to this life and one’s personal needs and desires.

Jews at that synagogue in their mind they would say; why would a jew need a savior and not simply a provider. They would think: “We’re Jews, we don’t need a savior. The Messiah’s role in our lives would be that of provider and deliverer from problems like the red sea or a lack of water in the wilderness.”

Jesus said heaven is inaccessible apart from him, even for the Jews, which implied they needed him, which they didn’t like.

But you do not have His word abiding in you, because whom He sent, Him you do not believe. You search the Scriptures, for in them you think you have eternal life; and these are they which testify of Me. But you are not willing to come to Me that you may have life. – John 5:38-40

There are many today who have a mythical Jesus who is subservient to them. He is provider and healer and savior, but not Lord. There are many others who see no need for him because they believe their good behavior and doing nice things for others will be rewarded with heaven.

When we take the cup, we must also recognize the terms and conditions for entering heaven are set by God, not man.

“These are my terms, my blood for your sin and your life surrendered to me.”

This is how the apostles understood this:

I have been crucified with Christ; it is no longer I who live, but Christ lives in me; and the life which I now live in the flesh I live by faith in the Son of God, who loved me and gave Himself for me. – Galatians 2:20

No longer living for self, spending yourself on that which is not bread, but living for Jesus in response to his loving us and giving himself for us.

Remember the word “confess” means to do so or speak as the same.

Christians are not perfect even though their savior is. We make mistakes and we sin, but… we do see them as mistakes and sin. We do not justify or defend our sins, nor make our own interpretations of the bible. Being a Christian is about believing all the word of God even as we often fail to live up to it.

The cup, which represents his blood reminds us that the conditions for salvation are defined by God. He also said loving Him is expressed by obeying his commandments and that His commandments are not limited to the words of Jesus, but they extend to the authored word by God the Holy Spirit written by the apostles.

The cup represents Jesus’ death as the bread represents his life and coming in the flesh. To reject the conditions of the Bible on either belief or behavior is to walk with him no more. We’re not talking about being perfect. We are talking about living by every word that proceeds from the mouth of God, which is perfect.

Are we, therefore, living for the one who made us alive?