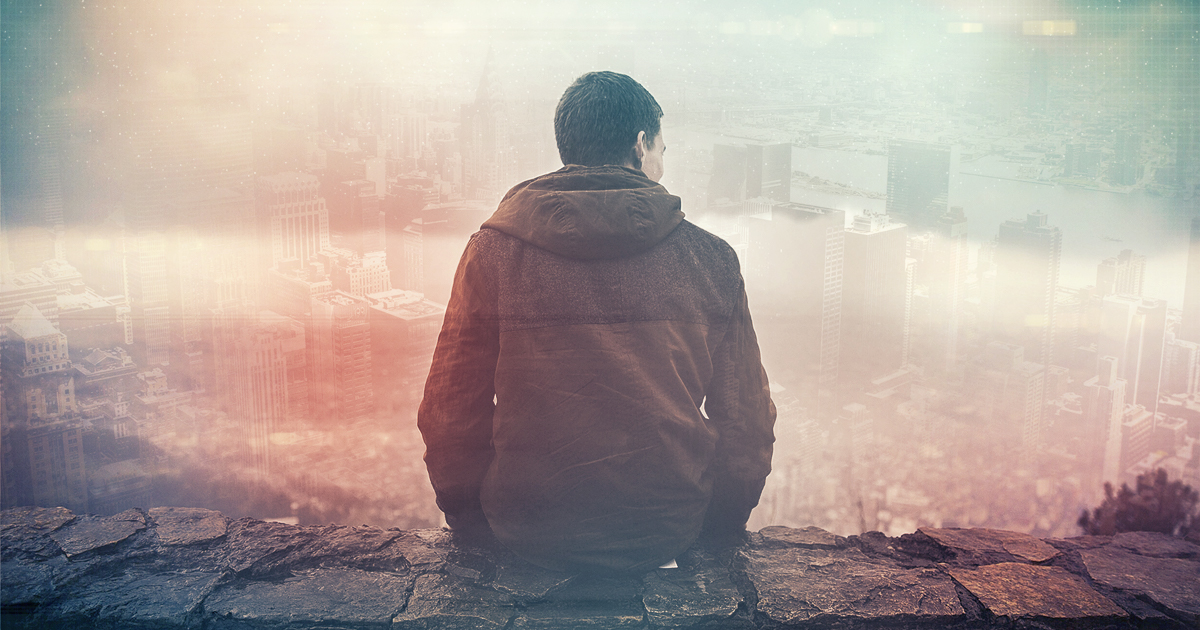 7 He will not be afraid of evil tidings; his heart is steadfast, trusting in the Lord. 8 His heart is established; he will not be afraid, until he sees his desire upon his enemies. 9 He has dispersed abroad, he has given to the poor; his righteousness endures forever; his horn will be exalted with honor. 10 The wicked will see it and be grieved; he will gnash his teeth and melt away; the desire of the wicked shall perish. —Psalm 112:7-10

WE’VE ALL SEEN the cartoons that show an old bearded man walking around with a cardboard sign that says, “The End Is Near.” In truth, many people prefer to deny what the Bible clearly teaches: there will be an end to everything as it now exists, and the Bible doesn’t shy away from that subject. Peter wrote: “The end of all things is at hand; therefore be serious and watchful in your prayers. Above all things have fervent love for one another, for ‘love will cover a multitude of sins.’ Be hospitable to one another without grumbling. As each one has received a gift, minister it to one another, as good stewards of the manifold grace of God” (1 Pt 4:7-10).

Peter says it, and Paul tells us through his letters to Timothy that the last days are not only coming but they will be perilous. Men will be lovers of themselves and haters of God. They won’t endure sound teaching but will flock to those who will tell them what they want to hear. They’ll try to sell the idea that you can walk in darkness and still be in the light.

The truth is that those who delight in God’s commandments won’t be afraid of evil tidings but will trust the Lord with a steadfast heart that is established on the truth. The man referred to in the psalm above has maintained the gracious and compassionate spirit even in the face of evil times, and God says that that man will be exalted with honor.

We also read that the righteous will see his desire on his enemies. God’s plan will always prevail, and His ways will be proven right far above the ways of man. Time will tell us that the Word of God cannot return empty. Every word in the Bible will be fulfilled; every prophecy will come to pass, every foretold judgment will happen exactly as stated. The Word of God will never be revised to accommodate anybody. In verse nine it says that the wicked will look upon the reward of the righteous and be grieved. Then he’ll go away to a place of gnashing of teeth, where all of his desires will perish.

The time has come, saints, as we’ve been seeing over the past few days, for Christians to make God’s Kingdom our top priority. Jesus Himself mandated that we seek first His Kingdom and leave everything else up to Him. Even though we may not see any rewards in this lifetime, God’s promise of blessing will not return void. By the same token, you can’t live a life denying Christ, degrading the Bible, and still hope to reap good things in the end.

This isn’t new. In Malachi 1:6-11, we read that a son honors his father, a servant honors his master, but God the Father isn’t honored or revered. And then the Lord says, “I have no pleasure in you . . . nor will I accept an offering from your hands. For from the rising of the sun, even to its going down, My name shall be great among the Gentiles; in every place incense shall be offered to My name, and a pure offering; for My name shall be great among the nations, says the Lord of hosts.” God is telling them that they despise His name, giving Him their leftovers and discards and then expecting Him to be pleased and reward them! God says, “I’ll take My blessings elsewhere and give them to those who put Me first and make My name great.”

God’s Word will not return void. If you put Him first, your life experience and eternity will come together exactly as the Word of God promises. The wicked will reap everything they’ve sown. The Bible says so, thus rendering all other outcomes void. The plan and people of God will always prevail. Time will prove it, and that time is even at the door.

1 thought on “Prepare to Meet Your God”